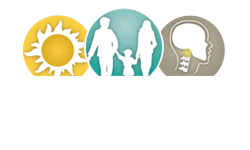 Do You Suffer From Fibromyalgia IN Delray Beach FL?

Are you suffering from fibromyalgia in Delray Beach FL? Does it feel like your entire body is in pain all of the time? Are you constantly feeling fatigued, unable to remember everyday things, and constantly in a bad mood? These are all symptoms of a severe condition called fibromyalgia.

Symptoms of fibromyalgia include:

Fibromyalgia can also develop over time without a single catalyzing event. Most patients report experiencing a feeling of “fog” in their brains with fibromyalgia.

Those who have fibromyalgia may also have:

Although doctors don’t know the exact cause of fibromyalgia, they theorize it is a combination of many things working together. For example, fibromyalgia often runs in families, meaning there may be certain genetic mutations that make you more likely to develop it. There are also factors that can trigger fibromyalgia, such as infections, physical trauma, or emotional trauma.

Many researchers believe the nerves of people with fibromyalgia have changed with years of stimulation. Because of this, there is an increase in the neurotransmitters in the brain which signal pain. They also believe the brain’s pain receptors become more sensitive to the pain signal as they are stimulated, meaning over time, they will start to overreact to pain signals.

You may be more likely to get fibromyalgia if you:

The presence of fibromyalgia can complicate how a person functions on the job.

HOW IS FIBROMYALGIA TREATED?

As with any medical examination, Dr. Schrier takes your history, consults with you about your issue, and performs a physical examination. He may also order a blood test to rule out other conditions that have similar symptoms.

Dr. Schrier helps you by taking pressure off the nervous system. He locates inflamed nerves and performs chiropractic adjustments to put your body at ease and relieve pain. NUCCA, a technique that Dr. Schrier is trained in, is particularly good at relieving fibromyalgia symptoms.

If you’re experiencing the symptoms of fibromyalgia but aren’t sure where to turn, call us today to learn how chiropractic care can help relieve your pain. Dr. Elan Schrier, DC, from Schrier Family Chiropractic & Regenerative Medicine, will find you relief. 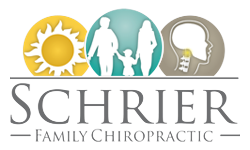